One of the best fast food places ever and one I wish was still around is Pup n Taco.
I remember my Mom would take me to one up the street from our house almost everyday after I got out of school so I could get one of their rightous hot dogs. I wanted to take the time to remember them, share some photos, and a little on their history.

Pup 'N' Taco was a privately-owned chain of fast-food restaurants in Southern California, with its headquarters based in Long Beach, California. The business was begun by Russell Wendell in 1956 as a drive-in restaurant that served tacos and hot dogs. At the time Russell owned a chain of successful doughnut stores in Los Angeles - Big DoNut - which featured gigantic doughnuts atop a drive-in bakery. The first officially branded Pup 'N' Taco was opened in Pasadena, California in 1965.

Ninety-nine stores were bought by Taco Bell in 1984, effectively ending the history of the chain. However, three operations in Albuquerque, New Mexico were not included in the deal and two still exist today as Pop 'N' Taco, the same as in Los Angeles. 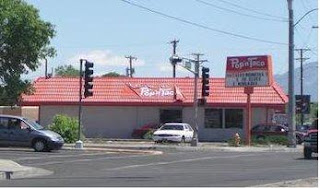 The one I went to when I was little still stands as a Taco Beel to this day, just a shell of it's former glory of the Pup n Taco. Hopefully soon, I can make it over to the Pop n Taco. From what I have heard it is just as good. One of only 2 original stores still standing. In case you are wandering, they had to change the name from Pup to Pop because Taco Bell owns all the rights to the name Pup n Taco.

I Pity The Fool Who Don't Like The 80s 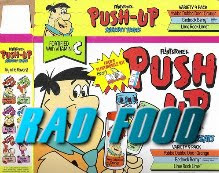 Vote Us Up To Get Us Higher

Rick
Growing up in the 80's had a huge impact on me. The culture, both pop and political, to me was better at that time. I wanted to create a blog to walk us all down memory lane for the greatest decade ever. We miss the 80's.